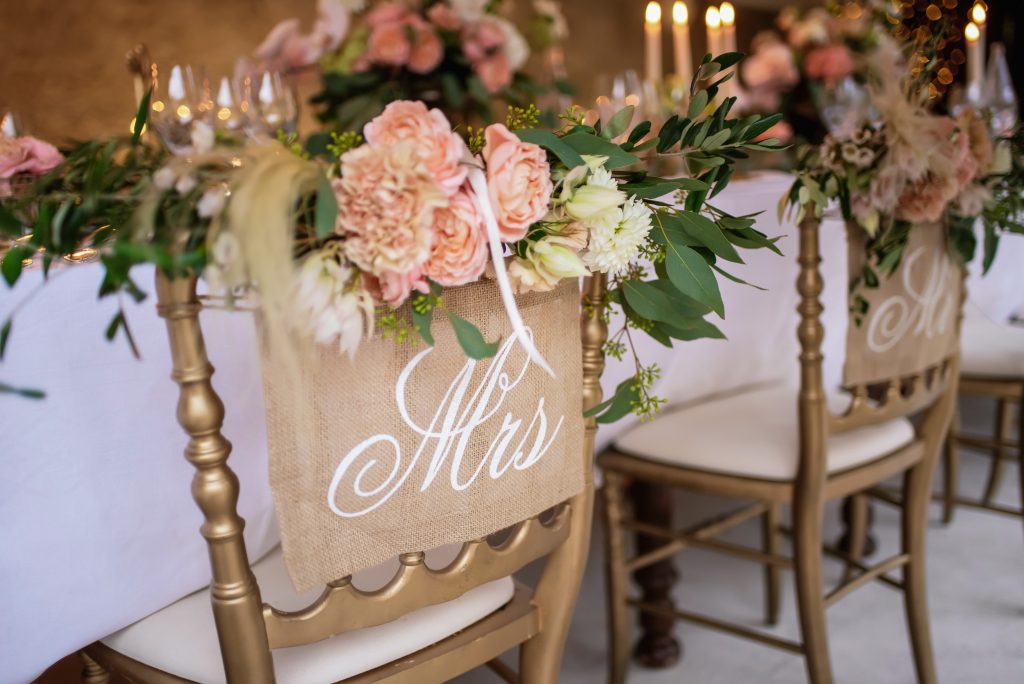 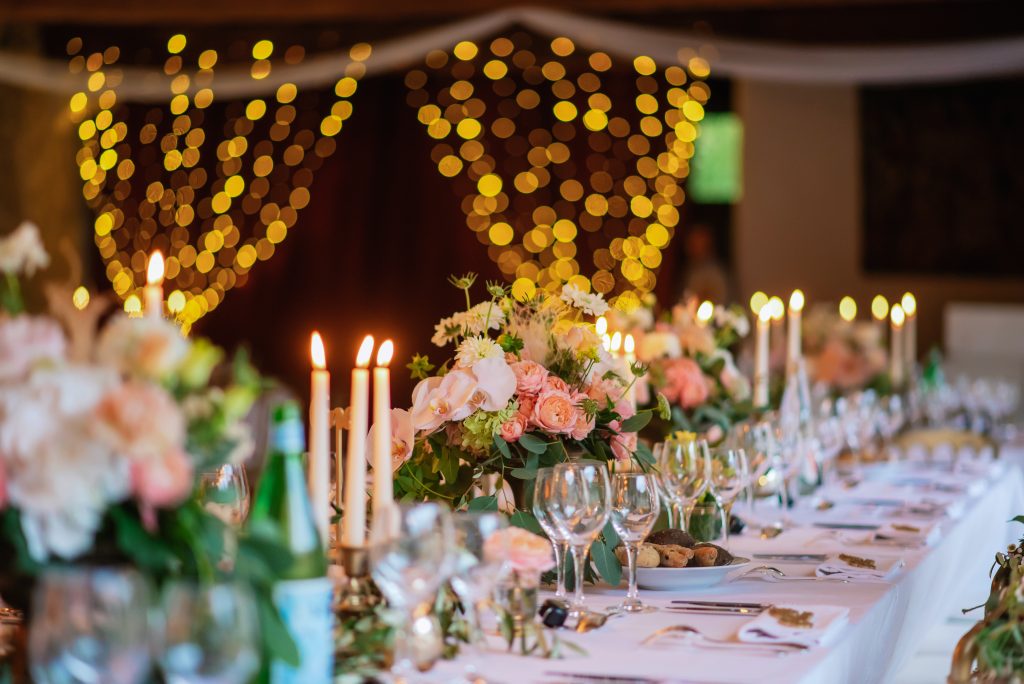 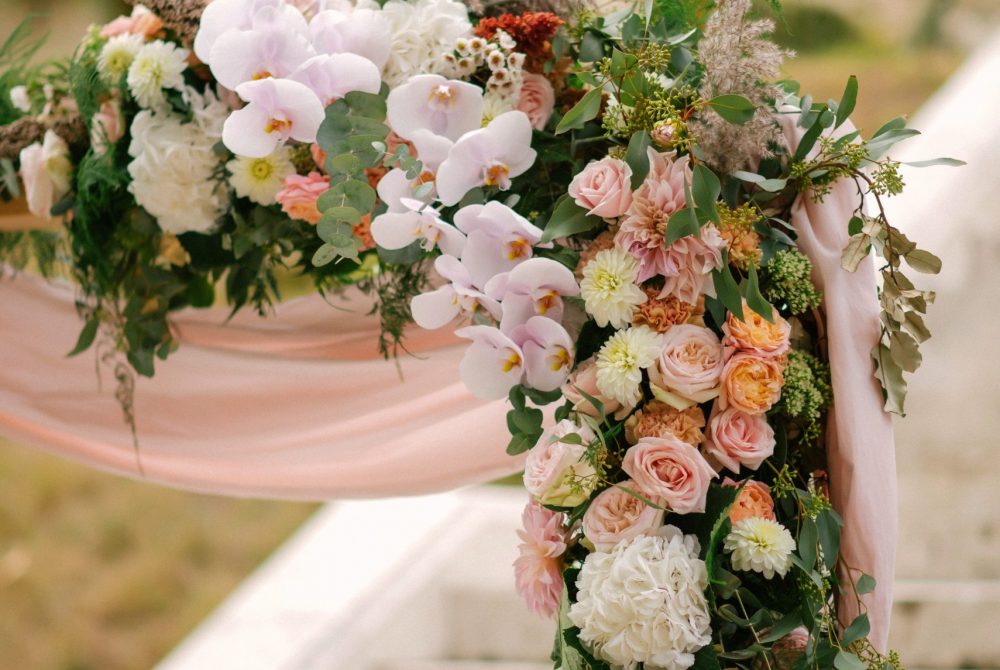 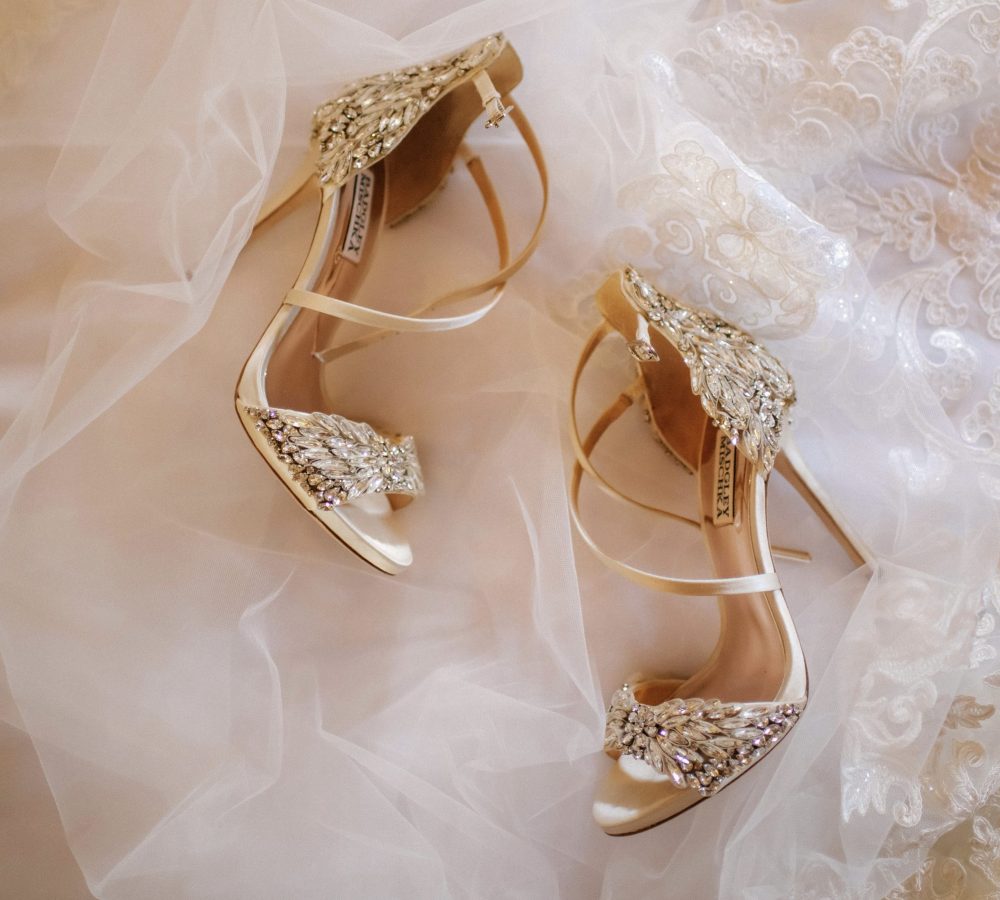 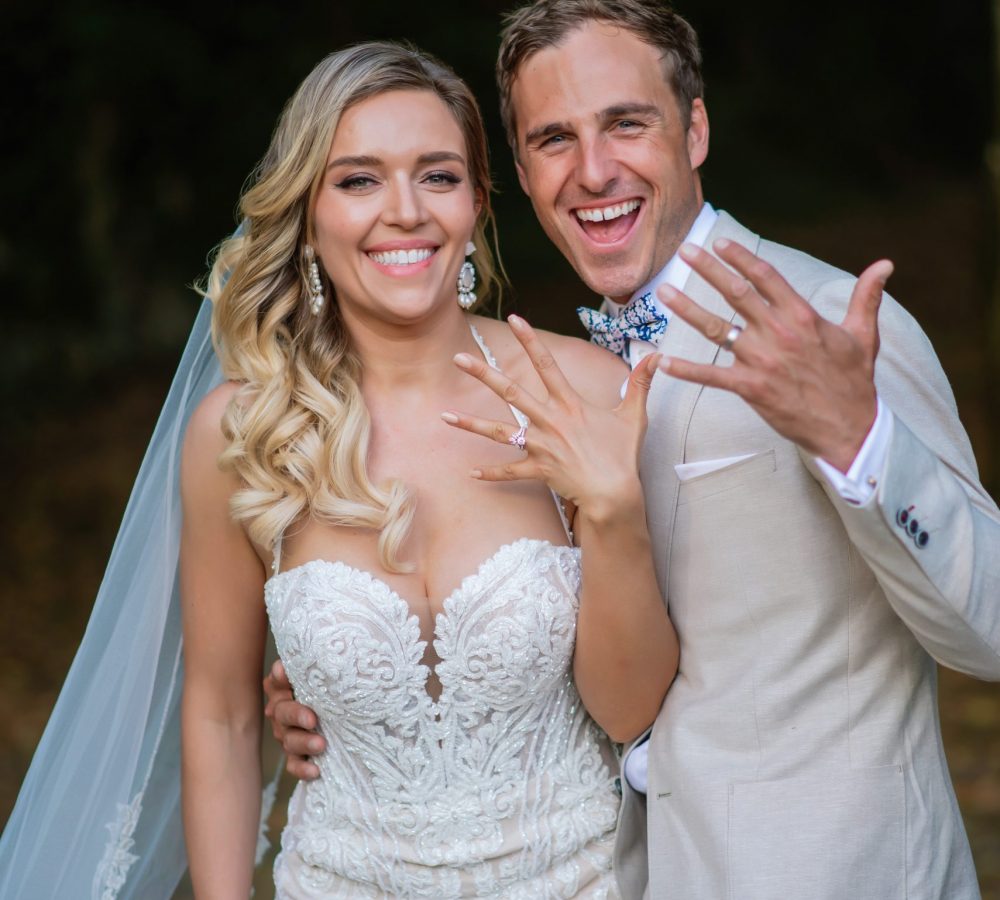 Marks of love and loyalty between two people and often materialized by a ring, an engagement announces a future marriage. Some see them as an important step, others see them as unnecessary and old-fashioned. Engagement, during French weddings, is a first step towards marriage, a moment of reflection and the promise of a definitive commitment. If you haven’t already, this is also an opportunity to introduce families to each other, so it’s a must-have wedding custom!

Once the engagement has been announced and you have set the date and place of your union, the time has come to communicate essential information to those around you! In the tradition of French weddings, the invitation indicates the names of the spouses, their parents and grandparents, the date, place and time of the religious ceremony. An invitation card is included with the invitation if the bride and groom are organizing a reception or reception. There are many models of invitations, for all tastes: traditional, solemn or original.

And here is a timeless French wedding custom! The bachelorette party is the last night of fun the young girl spends without her future husband, and the young man without his future wife. Most of the time, it takes place a week before the wedding. This event is an opportunity to have a good time with your friends. It can take place over a dinner party, over an evening or even a full day. Organized by the friends of the bride and groom, the bachelor party can be soft, classic or on the contrary completely crazy. It can be a quiet moment or an activity (sport, costumes, wages, …).

The tradition of French weddings is that the bride and groom sleep separately the day before the wedding. This ritual can make the moment of reunion even richer in emotions and make it possible to mark a difference between the life of single person and the life of couple.

The circular shape of the wedding ring symbolizes infinity, love for life. It is worn on the left ring finger, a finger which according to belief has a vein running straight up to the heart, called by the Greeks “the vein of love”. Putting a ring on this finger, for French weddings, means that the heart belonged to the one who gave the ring. This is how that finger became the covenant finger.

It is true that this custom comes to us from England at the end of the nineteenth century. The 4 symbols bring good luck: something old, new, borrowed and blue.

In the first place, on her wedding day, in the custom of French weddings, the bride must wear something “old” with her. It can be a family jewel, a bracelet of sentimental value… but belonging to the bride. It represents the family bond of the bride, her story before marriage.

Next, the “new” element is usually represented by the wedding dress. It represents renewal, achievement and success for the life to come.

Third, the “borrowed” item represents good luck and happiness for the newlywed couple. It is usually an accessory (chosen by the bride) that has already been worn by a bride on her own wedding day (a veil, a piece of jewelry, a petticoat …) happy and fulfilled. And finally, the color “blue” symbolizes fidelity and purity in the couple. For  french weddings, it is often a discreet accessory that is chosen by the bride.

Indeed, the tulle veil is an integral part of the customs of French weddings. It is true that this custom comes from an ancient practice. This consisted of removing her beloved by throwing a cloth over her head, in this way, she could not return to her parents’ house …

Later, the custom changed. It was in the days of arranged marriages, parents covered their daughter’s face with the veil until the marriage was celebrated. Therefore, the man ignored the physical criteria.

Indeed, this custom dates back to antiquity. Throwing rice to the newlyweds brought them fertility and prosperity. This also guaranteed happiness and luck in the couple, keeping “bad spirits” away. Today, replaced, it remains a tradition to congratulate the newlyweds under a shower of confetti, petals, bubbles … as a sign of congratulations and shared happiness.

The bride to the left of her fiance

In addition, from the same time as the veil, custom has it that the bride is to the left of her husband during the ceremony.

Indeed, when the man kidnapped the woman he wanted to become his wife. He held it in his left hand, and kept his sword in his right hand. This allows him to reject all people opposed to this marriage.

At the end of the ceremony, the bride and groom leave in a car, usually followed by the whole wedding party. The procession then emits honking as it passes. We owe this ritual to the Middle Ages when clandestine marriages were common. Also, the law required to announce his union as loudly as possible.

The custom was imported from the Holy War. The knights are said to have brought back this custom from their crusades. During their weddings, future brides make bouquets of orange blossoms (symbol of purity).

It is now customary for the groom to offer the bouquet to his bride.

The throwing of a bouquet is a tradition at French weddings. It appeared in the 16th century in France. It used to be for the male guests to grab the bouquet, running after the bride! Today, the bride threw it back to her friends. The one who catches him will be the next to marry.

It is one of the most common gifts given to guests. These sweets date back to antiquity and were introduced into French weddings as early as the 16th century. Highly in demand, they are a symbol of eternal love.

If you are interested, you can check out our article on French weddings.

If you need more information, don’t hesitate to contact us!